Can't buy a good stereo? Listen to what professionals say

2022-04-15
Just contact with the sound, many people will be hard to distinguish between good and bad equipment and blindly stand in line with the "equipment Party". For the lack of long-term understanding of sound quality, people can only follow suit. Because they didn't get the correct guidance, many people took a lot of wronged roads and spent a lot of wronged money from Xiaobai to Shangdao


However, enthusiasts just like and enjoy talking about some characteristics of sound, or the sound effect of sound. They often don't like machines without characteristics, because many enthusiasts have a fever by listening to sound effects and sound pollution. In fact, in order to please enthusiasts, many power amplifiers have some characteristics in sound. They don't want to please music lovers very much. I think it's more for commercial purposes. Therefore, I think the standard of a power amplifier is that after the sound, only the music that permeates the soul and the fluctuation of feelings brought by the music will not make you notice the high and low midrange, and there is no shaking sound effect. This is a really good sound.


A good power amplifier can make the notes catch your nerve in a very short time, rather than the characteristics of the equipment catch you, such as the gorgeous sound, the bright treble, the huge low frequency in the sound, etc. if there are these characteristics, the equipment in my eyes is not a first-class equipment, but a defective equipment. The deeper you play, the last thing you know is that the more balanced and neutral, the less characteristic equipment, is a good thing

For many systems, due to harmonic distortion, people feel that there are many details, the treble penetration is good, and there seems to be a lot of overtones. In fact, this kind of sound is not resistant to listening, because many of them are odd harmonics. Listening for a long time will make people feel tired. Too many pseudo details cause people to shift their attention. People are instinctively sensitive to that sound. Finally, after listening for an hour, people are tired. I don't know if you have ever heard a live performance without amplification in the concert hall. You will find that the sound is collected faster. There are so many overtones, but the dynamics and density are very good. Too many overtones are sometimes abnormal.

3、 Sound is a tool, music is the essence

Many enthusiasts are more infatuated with the equipment than the music itself. They compare the taste and like some characteristics of the equipment. Moreover, their understanding of the equipment is like a blind man touching an elephant, often taking some characteristics as all. For example, the farmer uncle bought a good hoe and enjoyed the workmanship and steel content of the hoe all day. He didn't want to hoe with this hoe at all. Test the effect of hoeing and think about the harvest next year. In fact, we buy stereos to listen to music, not the equipment itself. Many enthusiasts are impetuous and put the cart before the horse. Some enthusiasts are very old and don't understand whether we play stereos or stereos

However, the key point to understand is that the characteristics of gestures are the most important factors in restoring music. Have you heard the difference between real guitar and acoustic guitar? The sound of the real guitar is dynamic, overtone, density and thickness. However, the sound produced by the sound system lacks a lot of things, and the gesture can not achieve both form and spirit. Therefore, the dynamic, overtone, density and thickness are the places we should pay attention to and strengthen when cooking the sound can. Otherwise, the sound produced by the sound system is not a relatively correct sound.

From the perspective of both enthusiasts and music lovers, what affects the equipment level is the price difference, and the two important factors for music lovers to enjoy listening to music - the dynamics and density of the sound produced by the system. First of all, the lack of dynamic equipment has lost its shape. Pay attention to the dynamics. It can't be solved with high volume. When the dynamics is high, the sound will be distorted, disordered, scattered and noisy. Look at the real musical instruments. No matter how loud they are, they don't feel confused. Density is the most difficult thing to do. When it is done well, the texture of each note will come out, and the sound will be more fidelity. Therefore, calm under the big dynamic is the key.


However, among these two factors, especially the density factor, is indeed the most difficult part of the sound, and it is also something that raises the level of the sound. The price of a system with better density will double. As for other noble, sweet, bass shock and other factors are not the core of the system.


6、 Quiet voice is the most artistic voice

When the stereo makes a sound, how can it have anything to do with silence? However, when we listen to some systems, the sound is so natural, soothing and relaxing. It is the same as hearing the relaxation of real musical instruments. There is no feeling of anxiety and confusion. That is the quiet sound, or the background is really dark. These equipment are likable equipment, like meeting an elegant lady, or meeting a very cultured and modest gentleman. Drinking tea and chatting casually do not disturb you. It's a good voice. Hearing this situation, the adjuster who needs equipment is a little Zen and philosophical thinking.

7、 Power amplifier is the heart of a system

n the past, many people believed that the box is the mouthpiece, the most critical part of the system, and its importance is comparable to that of the heart. However, after years of practice, it is found that the change of the sound box to the sound is more in the type, at most in the sound effect, and the decisive factor for the spirit and connotation of the sound is the power amplifier. Maybe many people say it's the sound source. I admit that the sound source is the brain and the core, but the core decoding chips of the current sound source are not DIY, most of them are factory machines, and the parameters are very good. I often can't hear the sound changes after the CD and decoder are connected. It can be said that the sound source has little impact on a system now, unless you listen to tape and black glue instead.

If the sound of a set of power amplifier is excellent, no matter how cheap or high-end the box is, it sounds the same. Maybe the proportion of bass and treble is different, but the harmonious connotation of music can be heard by one ear.

How to modify ordinary car audios? 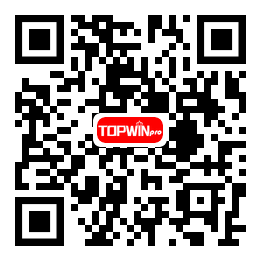